Home/Store/ Back on the Streets Again 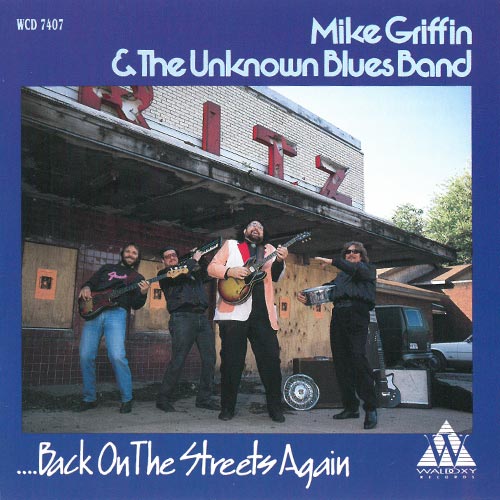 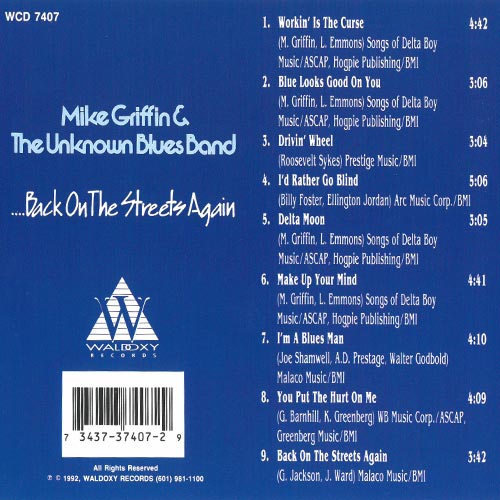 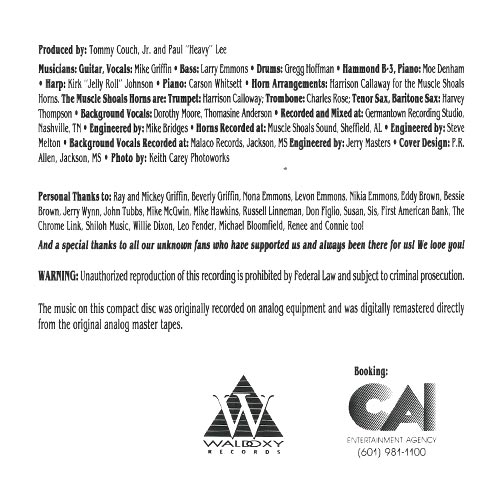 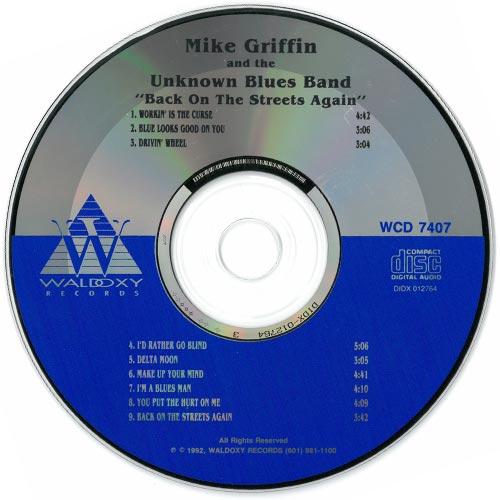 Back on the Streets Again

"The word is out! Americas's best kept blues secret has emerged from the shadows as Mike Griffin and the Unknown Blues Band make their debut at Waldoxy Records. With a foot stomping beat and gut wrenching vocals, Mike & The UBB hereby serve notice that the bues is alive and well. This is a band that has paid its dues, playing night after night in juke joints and roadhouses throughout the South to ever-growing crowds of appreciative listeners. With their raucous slide guitar and uninhibitied rhythm section, this band's firey brand of blues burns with fierce passion that would excite a group of retired librarians.

After performing with such blues luminaries as Ray Charles, Roy Buchanan, and Albert King, and playing to thousands at the W.C. Festival, The King Biscuit Blues Festival and many others, Mike Griffin and The Unknown Blues Band's reputation is as solid as a California redwood growing like weeds in a Mississippi cotton field. The band features the gentle giant himself on guitar and vocals. A killer slide player and consummate showman, Big Mike Griffin can use a Bud longneck or a pretty lady's high heeled shoe to crank out some of the most authentic delta sounds you could ever want to hear. Master Moe Denham, the king of the Hammond B-3, showcases his artistry with rare skill and taste. The powerful rhythm section is made up of Larry Emmons with his in-your-face all-over-the-place bass guitar, and the incredibly talented Greg Hoffman on drums. Rounding out the session personnel are veterans Jelly Roll Johnson on harp, Carson Whitsett at piano, The Muscle Shoals Horns led by Harrison Calloway, and the sweet background vocals by Dorothy Moore. So kick off your shoes, howl at the moon, and get ready for some of the best butt-rocking blues your've heard in a long, long time!"

"And a special thanks to all our unknown fans who have supported us and always been there for us! We Love You!"